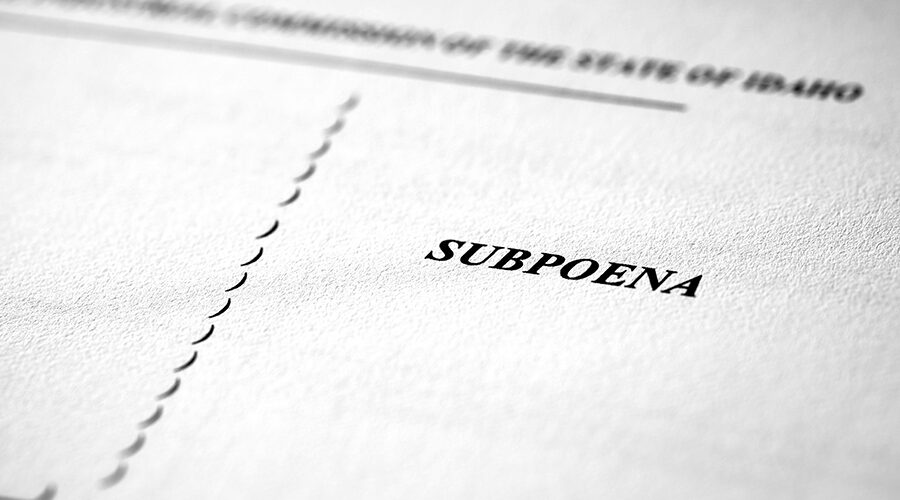 In part one of this series, I shared regulations related to filing for a due process hearing—and a bit of what happened after I filed a few years ago. Let’s continue the story.

Before I knew a hearing officer had been assigned, Blankingship & Keith, one of the law firms Fairfax County Public Schools (FCPS) taps into for due process hearings, started in with subpoenas.

I’d never been served—much less seen—a subpoena before those arrived.

With the help of Google and God, I got up to speed on subpoenas.

I learned they are kin to a child in a toy shop. Ask the kid what he or she wants, and the response will be everything in sight—plus the G.I. Joe with the Kung Fu grip (for those “Trading Places” fans).

But even though the child wants everything, you don’t turn over the entire store, because the child doesn’t need everything.

And, if a few years later, you ask that kid again, the kid is likely to give you a similar list, but add more items and more specific wants because he or she is a little older and a little wiser. However, at the core, the list is much the same.

But, even a few years later, the difference between want and need remain the same.

Just because the child wants something, doesn’t mean he or she needs it.

Same story with lawyers. Just because they want something, doesn’t mean they need it—nor does it mean you have to provide it to them.

Should you say something, the lawyer, like the child, is likely to push back.

Next up: Examples that are kin to children pushing back against adults, standing their ground, insisting on more.