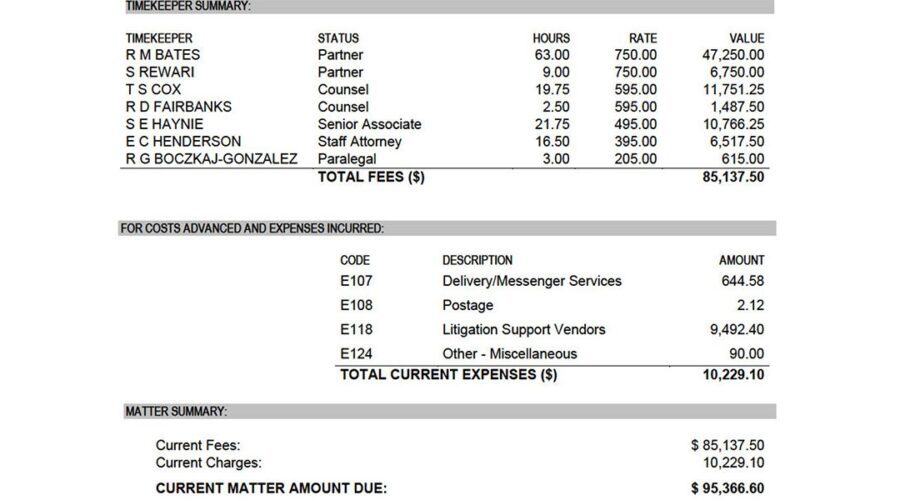 As legal fees continue to roll in, the total spent by FCSB now is expected to exceed $300,000.

The irony of the FCSB wasting $200,000+ of taxpayer funds to sue two taxpayers who dared to expose wasteful spending is impossible to ignore.

Given November included another hearing and FCSB filing a nonsuit, and the fact that the HAK invoices don’t include the in-house work done on this lawsuit, FCSB is on track to exceed $300,000, all because it didn’t want taxpayers to be aware of the bills they were absorbing.

And while it’s not a matter of something like the Pentagon papers where we’re talking about the war in Vietnam, certainly it’s a matter of public significance as to what the taxpayers — what bills the taxpayers are having to absorb. . . .

For decades, HAK has advised FCSB on legal matters.

The same question applies to the messaging Fairfax County Public Schools (FCPS) released, which misled the public to believe all the unredacted documents were related to publicly identifiable information about students and about staff personnel files.

No matter how you slice it, there’s no question that $300,000+ would have better been spent on students than on hiding legal matters. If FCPS doesn’t want legal matters public, there’s a simple solution: Don’t engage in actions that result in lawyers having to jump in to bail you out.

Click on image below to view Hunton Andrews Kurth October invoice (which it redacted in advance of providing it in response to a FERPA request).