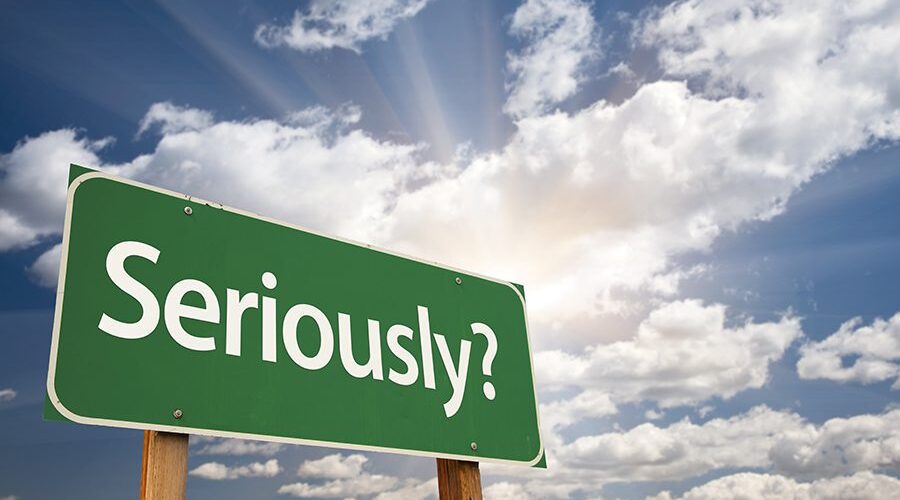 It highlights a focus on denying services in the name of saving money and sheds light on one of the potential reasons why referrals and evaluations were such a battle when our seniors were younger, at points in their lives when early intervention special education services would have made the greatest difference—and could have resulted in very different realities for these students today.

In addition, it confirms what many parents knew and/or suspected back then, and it shares some recommendations that are actually pretty good—recommendations that would have made today’s reality so different had they been implemented in full in 2003.

This report spends a fair amount of time discussing how to save money. While saving money is a good thing, cutting it at the cost of denying students protections and rights under IDEA is not acceptable.

That first sentence is a doozy:

The rest of the paragraph is equally offensive.

Including students in general education classes is a positive. Doing it at the cost of denying students an IEP, a 504 Plan, and protections under them is far from positive. While I agree that there are students who could “do very well with effective support levels common to all students, especially in reading”, that’s not a reason to deny them an IEP or a 504 Plan—especially given the large number of students who continue to go undiagnosed for Dyslexia at ages when early interventions are game changers.

Anyone in the Dyslexia Community in FCPS should remember how hard it was around that time to get some people in FCPS to say “Dyslexia”.

Almost 15 years ago, I watched this denial of services unfold for the first time when a general education teacher and administrators were at the helm pushing back against referrals I submitted.

Back when my son was in first grade, I suspected he struggled with Dyslexia. The general education teacher, Jennifer Walwrath, stated he didn’t have Dyslexia, and the rest of the FCPS team followed. This happened two more times, for a total of three times, between first and sixth grades, because general education teachers and ignorant administrators led the meetings, while the special education folks, who one would think should be the ones leading the meeting, kept quiet. I’ll never forget former-Silverbrook ES principal Melaney Mackin stating my son couldn’t have Dyslexia because he was good with facts and figures, which are hard for most people, or Silverbrook ES school psychologist Michael Borsa, who called the private evaluation we finally had done “anecdotal” and insisted he would evaluate for ADHD. Guess who was wrong about ADHD and who was right about Dyslexia. If you guessed me, you’re right.

That a report exists with a plan to reduce referrals in such a manner is a problem. That this is what many of us with kids of a certain age experienced makes it hard to believe that FCPS didn’t take the report’s advice.

Page 1 of the report features this nugget:

FCPS has recently made efforts to stabilize staffing levels and expenditures in special education,
but the expenditure growth over the past five years still exceeded 63 percent. The current
staffing formula and approach to staffing have contributed to excessive resources allocated to
special education.

Almost 20 years later, it would be music to my ears to hear “excessive resources [have been] allocated to special education”, especially given FCPS’s problems with recruiting and retaining special education staff.

Also from page one of the report:

The Office of Special Education (OSEP) uses data from many sources, and much of these data were not
readily available or in a usable format for purposes of this study. While there are district initiatives underway to consolidate and improve special education data management, the lack of a complete data set at the school level precludes effective accountability of student achievement.

Yep. Trying to get valid, current, data from OSEP is about as hard as trying to pry a child’s candy bag away from him on Halloween.

This excerpt lives on page four of the report:

I have to wonder if FCPS interpreted this as: Spend more money on lawyers and fighting parents instead of on addressing the unique needs of children. I come to this wonder by way of knowing that FCPS chose to spend over $200,000 to fight two due process cases that had heavy focuses on the program “Just Words”. After FCPS hired Blankingship & Keith to represent it against the first family, the due process hearing officer determined the program to be inappropriate for students with Dyslexia. FCPS chose to hire Blankingship & Keith again for the second hearing not quite a year later. Guess what? Another due process hearing officer came to the same conclusion. Making matters worse: FCPS staff knew there were problems with its practice of throwing so many students in “Just Words”. FCPS’s very own (now retired) Dottie Skrincosky admitted knowledge during an IEP meeting that she knew there were problems with “Just Words” and that she knew the publisher, Wilson, didn’t endorse the program for students who have Dyslexia.

(Additional reading: “$200,000+ = What Fairfax County Public Schools Paid to be Told the Program it Pushed is Inappropriate for Students with Dyslexia” and “FCPS IEP Meeting: “Just Words” not Endorsed for Dyslexia, FCPS Dyslexia Training of Teachers Slow, Not “At the Rate that We Need It”)

* Students’ needs could be met in general education through improved instruction, especially in specific subject areas like reading.

* Remediation of difficulties could occur in general education through services like tutoring, re-teaching, computer-assisted learning, before or after school enrichment programs, individualized instruction, modifications and accommodations to the curriculum, alternative learning style approaches, and learning labs.

* Expectations for success from home and school could rise, along with support systems for low achieving students.

I still take issue with a plan to reduce referrals and the method chosen, but . . . Imagine if, in 2003, FCPS actually “improved instruction, especially in specific subject areas like reading“. I’m liking the option presented in all four bullet points. If only . . .

If the needs of struggling students are not met because there are few effective interventions available in
general education, teachers and parents may feel that a referral to special education is the only way to
get help. To prevent over-referrals, districts should have a system in place to provide assistance to
struggling students quickly and effectively. The system should include campus-based teams of educators
who can easily and quickly suggest a variety of general education interventions. These teams, in place
throughout the nation, are often called Teacher Assistance Teams, Student Intervention Teams, or Student
Assistance Intervention Teams. All have the same purpose: to support struggling students and their
teachers.

FCPS does have the Child Study Teams required in the state regulations in place on many of their
campuses. However, schools visits made clear that the effectiveness of the teams varies. This perception
was validated in the review team’s interviews with Office of Student Services personnel. The district has
assembled a packet that includes printed material related to the purpose and philosophy of the teams, a
flow chart that describes how the process should work, guidelines for when a referral should be made
to the Local Screening Committee (which initiates the evaluation process), and some suggested
interventions. Like many processes that have been established over the years in public schools, this one
will need to be reemphasized at FCPS. As more demands are placed on administrators and teachers,
having another meeting may be the last thing school personnel desire. Unfortunately, when this happens,
the problem-solving role of the teams is lost and the progress to a Local Screening Committee for
referral may be accelerated.

It was not clear during the review that the Instructional Services Department has implemented a
district-wide general education initiative to ensure consistent and effective use of the Child Study Teams
or any other kind of problem solving teams. Clearly, preventing referrals to special education will need
to become a general education responsibility, with support from special education. There is no evidence
that requirements are in place to track referrals by school, to regularly evaluate data to determine if
specific schools are making an excessive number of referrals, to train the school teams, to provide
teams with materials, to monitor their progress, to support the teachers and administrators who
participate in them, or to evaluate their success at serving struggling students. Without a systemic
commitment to these components of the team problem solving model, the majority of the Child Study
Teams will likely not be effective, despite their importance not only in preventing unnecessary referrals
to special education, but also helping students achieve success within the existing general education
system.

Providing support and more effective instruction for campuses with poor achievement should help all students and should focus resources, not just on potential special education students, but on all struggling students. This is most critical in reading, since poor reading achievement affects achievement in other academic areas and is also likely to result in referrals in the learning disability category, the category that includes more students than any other. However, this scope of this study did no include an evaluation of FCPS reading programs, nor did it analyze data or evaluate the effectiveness of reading or any other FCPS regular education programs.

Page 23 brings us a chart indicating the total cost estimates for special education eligibility referrals and assessments per new student.

Parents who paid for private assessments during this period know the cost to be much higher, hence FCPS would have been better off doing an initial evaluation instead of 1) having to do an IEE and/or 2) having to reimburse parents after their private evaluations proved FCPS to be in the wrong.

The report goes on for another 50ish pages. Give them a read, too.

A report from 2003 might not seem relevant, but for the high schoolers, college students, students who never made it through high school or college, this report is relevant. It acknowledges the problems parents knew about back then and confirms many of our suspicions.

If FCPS really wants to save money and/or use it more efficiently, I have a few suggestions.

Stop denying IEPs, 504 Plans, services under the two, and so on, which children should receive.

Stop wasting money a few programs to stuff all struggling readers into.

Invest in children on the front end. It’s better for the kids and for FCPS’s pocket book. In addition, I’d wager FCPS would have an easier time recruiting and retaining special education teachers in an environment that addressed the unique needs of each student.

One more: Clean house from the top down and fully train/educate the staff you keep. The negative, toxic us-against-them culture gets expensive, too. When staff doesn’t know it is in the wrong (and then digs in its heels), everyone suffers.