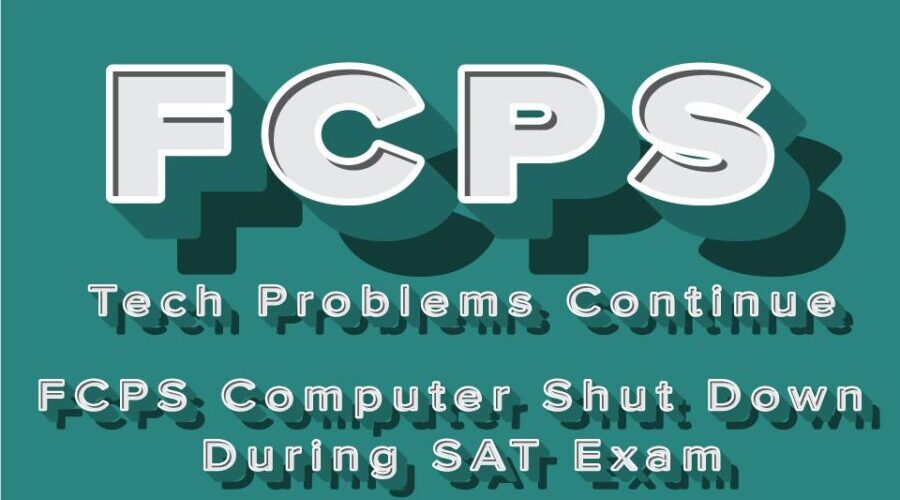 Today’s word for the day:

Failure to take proper care in doing something.

Fairfax County Public Schools provided a student a computer that shut down while the student was taking the SAT exam.

Saturday, August 28th, was the most recent College Board scheduled SAT date.

When my son’s turn came up to test, FCPS provided him a computer to use while testing. This was not the same computer FCPS assigned him for use this school year.

The computer shut down for a reset “push” while he was taking the SATâ€”and then a 15-to-20 minute delay occurred before the computer could be used again.

Now we’re waiting to find out if College Board will rule it a testing irregularity and invalidate the test or if it will accept the test as valid.

All FCPS had to do was provide a computer that would operate for the entire test.

Instead, either no one checked or someone did a shoddy check, even though FCPS’s IT staff should know by now that FCPS computers are known to reset while students are in class and while teachers are working.

This failure is brought to you by a county with one of the largest budgets in the nation.

It is the county whose launch of its online school was so bad it made national headlines.

It is the county that then went on to be hacked, even though its financial resources and the wealth of digital security professionals in this area are so great.

It is the county whose counsel advised it that FCPS was clear to charge students with IEPs and 504s a fee for accessing their computer accommodationsâ€”and then it became the county that had to return over $20,000 to these families and took over six months to return the money that it had been so quick to collect.

It is a disturbing loop.

Around and around FCPS’s negligence goes. Where it will stop, nobody knows.