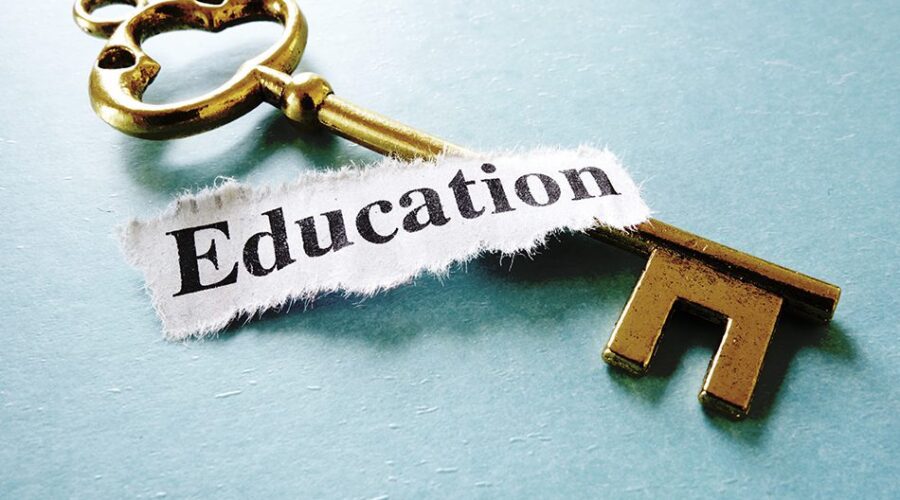 Parents who advocate for their children are sometimes labeled as anti-teacher, when the truth is these parents aren’t anti-teacher. They are anti-cruelty, anti-incompetence, and anti-negligence.

This afternoon I had a phone call with the Fairfax County Federation of Public Teachers (FCFT).

I found myself explaining to the FCFT organizer on the other end of the line that I knew a teacher complained to FCFT about my advocacy and tried to recruit FCFT to fight against me — and then I explained the reason the organizer and I were talking was because I support teachers, want to make sure they receive the support they need, and that I had some information to share, which I felt critical for the teachers to have, to advocate for themselves.

After all, teachers are among the greatest influencers of my life.

About this time last year, I wrote about my second grade teacher Mrs. Henry (The Best Teachers Lead with Aloha), at Walker-Spivey Middle School in Fayetteville, NC. She caught me after I had two disastrous school years at St. James in Savannah, GA, which left me hating school. Mrs. Henry squashed the hate and turned my life around. I will forever be grateful to her. I even saved my money and took her out to lunch at Golden Coral just before we moved three years later.

At Heidelberg Middle School, in Germany, Mrs. J. George, Mrs. Welch, Mr. Gibson, and Mr. Cravata played key roles. I’ll never forget the day the Challenger exploded and seeing Mr. Cravata the last period of the day. He was always happy, always joking around, always making us enjoy being there, but that day the lights were turned off in his room and he explained what had just happened. He told us he had applied to be one of the teachers who went up and then he cried. To this day I can feel the sadness he expressed for all the people aboard the Challenger, but especially for Christa McAuliffe. He cared and shared a perspective that no student in that class would have considered without him.

Those teachers in Germany were protectors, too. Bomb-threats were regular occurrences at school, during a time when the Baader-Meinhof gang was still active, the U.S. bombed Libya for the first time, and rainstorms came in the variety that everyone said carried radiation from the Chernobyl explosion.

There were teachers here and there in high school and college that sparked a passion, but it wasn’t the same as the early teachers – the ones who helped shape my view of the world and other people.

My kids have had teachers here and there as well. I still tear up when I see Kathy Desmond and Krista Wintemberg from Silverbrook ES in Lorton, VA, because their kindness to both my kids falls in the category of life changing. Erika Mack, James Koontz, and Mr. LoPresti fall in the same category. Good people, passionate about their job and nurturing kids.

But along the way, my kids have had some bad teachers, just as I did.

This doesn’t mean the teachers are bad people. Just means they are bad teachers. They don’t have the passion or patience that are requirements for working with kids.

Maybe you remember the ones from when you were in school. The ones who require sarcasm like the rest of us require oxygen to survive. Sometimes these teachers really know their subject and sometimes not, but it is their soul-crushing behavior, not what they taught, that causes the greatest harm. This variety of teacher, I would file under “bad person” and “bad teacher” categories.

Add to this a situation where the school doesn’t provide the training the teachers need and/or has toxic, incompetent leadership that fuels toxic cultures.

In Fairfax County Public Schools (FCPS) alone, it seems one sexual harassment case follows another, followed by administrators who didn’t report cases or – in the case of Jane Doe vs FCSB – thought it appropriate to make jokes at the cost of the student. Then there are the horrendous restraint and seclusion cases and flat-out abuse.

When you are the parent of a child who is subject to mental and/or physical anguish, you advocate. You speak up.

Unfortunately, the narrative turns into parents against teachers instead of parents working with teachers – and things slide from there.

In my own case, FCPS was supposed to provide one of my kids comp ed. However, FCPS scheduled it without consulting us and then refused to work with us when routine doctors and physical therapist appointments were scheduled at the same time. FCPS’s attitude was that it didn’t have to work with us on the scheduling and thus wouldn’t work on the scheduling. Either use it or lose it. Making it worse, FCPS released a document saying we refused to allow our child to attend the comp ed. Umm… No. We tried to collaborate. FCPS said no.

I won’t go into the long list of other things that have happened.

I just hope that – should any teacher read this – the educators understand that parents like me rise up when we see wrong done over and over. Thus, we speak.

That doesn’t make me or any other parent anti-teacher. It makes us anti-cruelty, anti-incompetence, and anti-negligence.