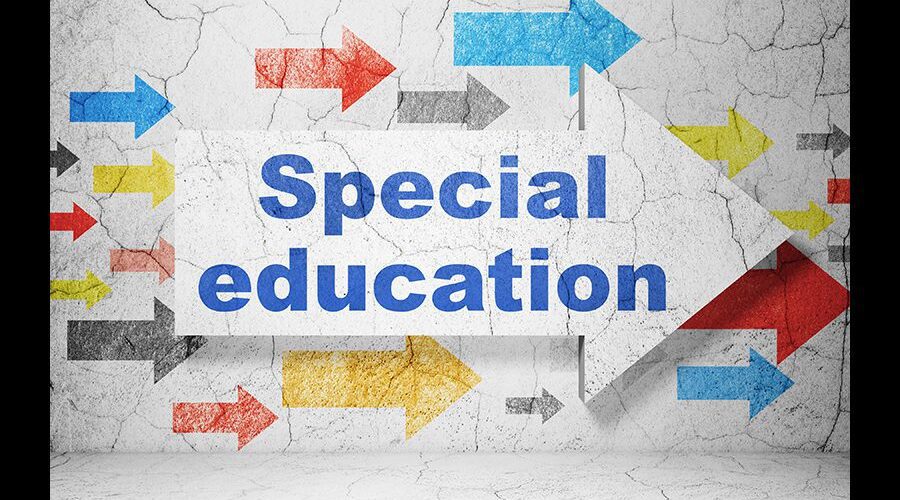 Although FCPS states that it is “committed to the consistent and equitable implementation of discipline policy, regulations, and practice across all schools and educational programs,” AIR’s report points toward a great divide between FCPS’s words and actions.

FCPS contracted AIR to do the review. Phase I took place October 2020-July 2021 and Phase II started August 2021 and will end September 2022, at which point it will be too late to address the students who need help now. Class of 2022 seniors will graduate from a system known for noncompliance and classes to follow will face continued slide.

The following are some of the more disturbing issues AIR identified:

IEPs Do Not Include Sufficient Data to Guide Individualized Educational Planning

While writing a goal and connecting present levels with the goal is a best practice, in order to first determine what goals are needed, the overall levels have to be established. Choosing goals first is like putting the cart before the horse, and amounts to cherry picking data to support specific goals, rather than identifying all academic achievement and functional performance levels and then determining goals based on the needs identified.

AIR “reviewed other sections of the IEP (i.e., information related to the PLOP page) to understand if the IEPs noted any data elsewhere in related to PLOP statements” and found that “only 26% of the IEP sample included data in their summaries, whereas most relied on reporting subjective data rather than objective, measurable data. These data suggest that teachers do not have or do not use measurable data to support the PLOP statements.”  (Page 15, Report)

Twenty percent of the IEPs inspected by AIR “include annual goals without specifying the conditions under which the behavior was expected and that a number of IEPs had “with 80% accuracy” as the criterion for some goals, regardless of whether that criterion made sense given the targeted behavior. (Page 16, Report)

AIR deemed this an “emerging trend” in its review that suggests “teachers are trained to include a criterion when writing annual goals but may not be trained well enough to differentiate between boilerplate language and a criterion that matches the behavior being measured.”

AIR’s research revealed that only “Only 36% of the reviewed IEPs included a detailed rationale statement. The 64% of IEPs that did not have a detailed rationale statement either had a generic statement not individualized to the student (e.g., “[Student’s name] needs specialized instruction”) or did not provide a reason why the placement would meet the needs of the student. These types of statements do not explain the extent to which the student’s needs will be met in the selected special education placement. Generic statements and boilerplate language suggest a lack of individualization to the student and their needs.” (Pages 16-17, Report)

AIR’s team “analyzed the initial eligibility and most recent reevaluation reports for 50 SWDs. Most of these evaluation reports indicated a multidisciplinary team was assembled, a team that included parents, the principal/designee, classroom teachers, and psychologists. However, there was inconsistent documentation of the information and data used to determine eligibility, further supporting the emerging theme of a lack of sufficient data-based information to guide individualized educational planning. Within the sample of initial evaluations, the majority (73%) included evidence of classroom observations. Nearly one third reported a formal educational evaluation (27%) or included teacher narratives (29%). However, for 12% of the initial evaluations, we did not find evidence of any educational assessments, observations, or information. Further, 34% of initial eligibility reports did not include any data or information related to medical, developmental, or speech assessments; sociocultural assessments; or psychological assessments. It is important to note that while information about the “child’s physical condition, social or cultural background, and adaptive behavior” is required, all of the assessments listed here are not required for all initial eligibilities.” (Page 17, Report)

“Our review noted that reevaluation reports relied most heavily on observational data (65%) and teacher narratives (59%). Nearly half considered achievement test scores (51%) or prior educational (41%) and psychological evaluations (43%). However, only 20% used data from IEP progress reports or service provider notes. Moreover, there was evidence of parent input on only 20% of reports.”

According to AIR, one emerging theme within its review relates to “inconsistent interpretation or implementation of policies, which leads to confusion among staff and parents. One comment from the staff survey noted as follows: “There is great variability between school IEP teams in terms of approach, understanding, [and implementation] of policies and procedures. Procedural support liaisons often get opposing views/opinions on topics and policy interpretation.” (Page 10, Report)

Later in the report, AIR states, “Both staff and parents reported concerns with inconsistent interpretation and/or implementation of special education policies at the school level.” (page 20, Presentation)

A gap exists between what FCPS is committed to doing and what it has actually done. According to the report, “. . . students in special education are at a higher risk of being suspended or expelled for greater than 10 days in a school year when compared with their non-special education peers.” (page 11, Report)

Disciplinary actions are not equitable across students of all races receiving special education services.

“Data based on IDEA SPP/APR Indicator 4b revealed that in 2016, 2017, and 2018, FCPS was identified as having a significant discrepancy by race or ethnicity in the rate of suspensions and expulsions greater than 10 days in a school year for children with IEPs.”  (page 11, Report)

This is particularly disturbing:

Here’s something this section of the report didn’t consider:

Certainly, there are some behaviors that are connected to some disabilities, but there are behaviors, too, that are a result of students who for too long have been frustrated by a system that continues to fail them. No student should have a strange teacher come up to him in the bathroom, while the student is urinating, and have to endure the teacher reprimand him for wearing headphones and insist the student remove them (while the student is urinating). In the same vein, no student should be expected to be best friends with a teacher who he knows falsified a document and who accused the student of recording him when all the student was doing was taking his phone out of his pocket to turn off an alerts buzzer.

Perhaps the behavior numbers relates to the mental anguish FCPS has inflicted on some students and the PTSD other students have developed, following day after day of trauma.

It isn’t surprising that AIR’s finding that although FCPS has created handbooks related to different types of learners, “dissatisfaction with the education of ELs with disabilities and 2e learners arose as salient concerns across multiple sources within our data collection, including the staff and parent surveys, school board member and parent advocacy group member comments, and the focus groups. The dissatisfaction expressed by these stakeholders may reflect the notion that resources and instructional practices for these populations may not match the guidelines outlined in these documents, leaving staff and parents frustrated.” (page 12, Report)”

You might have a sixth grade student who FCPS repeatedly denied an evaluation for special education because the student has a history of good grades and passing SOLs. Yet, once the parent does a private evaluation, it turns out the student is reading on a third-grade level and just happens to have extraordinary compensation skills.

In such cases, FCPS’s response has been to put the students in team-taught classes even though the students are capable of honors, AP, and/or IB courses. If a student has service hours, it costs FCPS more money to add a special education teacher to the classroom to provide the services, and general education teachers have indicated it to be an inconvenience to spend more time on students who have special education needs. It is easier and less costly to keep these students in team-taught classrooms.

FCPS’s failure to consider and/or document parent input has long been a concern among FCPS parents. AIR’s report supports their concern:

“On the current FCPS IEP form, IEP teams must provide a statement of parent/family concerns regarding their child’s education to guide the PLOP statement (e.g., parent reports that the child likes school, parent would like the child placed in all general education classes). Although 93.9% of the parent survey respondents agreed or strongly agreed that they had adequate opportunities for input into the development of their child’s IEP, some parents expressed concern about whether their input was used in a meaningful way to guide the development of the IEP. Underscoring this concern is the fact that almost 38% of the IEPs in our sample did not include any written evidence of parent input within the IEP itself. Moreover, on the full history evaluations, parents were present for the vast majority of reevaluation meetings (84%), but we found evidence of parent input in only 20% of the reevaluation reports. Documenting parent input and concerns is paramount to keeping an accurate record of a student’s performance and needs across time from the family’s perspective.” Page 28, Report)

“Our review noted that reevaluation reports relied most heavily on observational data (65%) and teacher narratives (59%). Nearly half considered achievement test scores (51%) or prior educational (41%) and psychological evaluations (43%). However, only 20% used data from IEP progress reports or service provider notes. Moreover, there was evidence of parent input on only 20% of reports.” (Page 17, Report)

FCPS is in Noncompliance with Referral, Eligibility Determination, and IEP Development Timelines

The report incorrectly states FCPS’s compliance rate to be a strength. (page 8, Report)

The “extant data” presented refers to IEP timelines. The data supporting referral and eligibility timelines being in compliance is supported  by staff and parent surveys, rather than hard data. In addition, later in the report (page 10, Report), AIR provides contradictory information indicating that staff do have concerns related to evaluation and identification timelines: “Further analysis of the survey comments noted themes among staff members related to the difficulty of initiating testing and eligibility procedures.”

“Data gathered from the staff survey and focus groups highlighted two primary needs related to ELs: 1.) the need for additional supports related to the referral and identification process so that ELs are not overidentified for special education services; and 2.) the need for increased staff resources and training to support ELs with disabilities. Although one focus group participant noted efforts to coordinate services for ELs with disabilities across the MTSS team, special education, and the English as a second language department, others reported that the special education referral and identification process for ELs remained a challenge for many teams. In addition, a theme that arose from comments within the staff survey indicated a lack of equity for ELs and a need for more testing materials normed for this population of students.”

“Staff notably felt that special education teacher input was not included in policy decisions. For example, one staff member identified a need for “[g]athering input from [all] staff working with students who have disabilities prior to making policy changes that directly affect the schools serving our most challenging students.” Another staff member’s comment advocated for “[m]ore support and . . . input from actual special education teachers teaching in the schools about how to better support [SWDs].” (page 10, Report)

One comment from the staff survey noted as follows:

“There is great variability between school IEP teams in terms of approach, understanding, [and implementation] of policies and procedures. Procedural support liaisons often get opposing views/opinions on topics and policy interpretation.” (Page 10, Report)

Click on the image below to view the report in full.

Click on the image below to view the report in full.