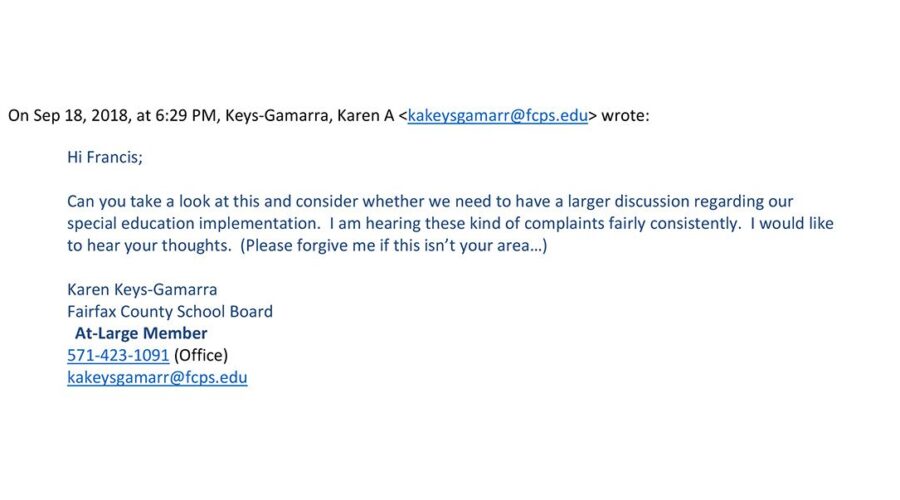 Obtaining information that might help you make a case in favor of helping your student—or which could prove the noncompliance of your school district—is often a matter of paying attention to what’s around you.

Years ago I had the honor of working with LTG Samuel Vaughan Wilson. General Sam was the youngest of Merrill’s Marauders and went on to have an extraordinary career in the military in the decades that followed. (Too much to include here.)

He once told me that obtaining information is less about being James Bond and more about being Sherlock Holmes. We don’t need hi-tech devices to obtain the information we seek. Often, it is staring us right in the face.

For example, in General Sam’s case, he shared a story of doing recon in the jungles of Burma. All of a sudden he smelled two things that didn’t belong in the jungle—fish and burning cigarettes—and he saw a patch of leaves with shading different from those around him. That’s all he needed to know he was walking into an ambush and he needed to get out of there fast. The smell of fish was the other side’s lunch and the smell of cigarettes burning was the other side’s stupidity. The greenery was slightly wilted and faded because the branches had been cut off surrounding trees to hide the men and their weapons.

On another occasion, he convinced an aunt who lived in Washington, D.C., to spend her days at a cafe across the street from the Chinese embassy. If she saw activity out of the norm—especially any frenzied activity and anything to do with the flag being lowered to half-mast—she was to tell him.

One day she saw just what General Sam described and reported back to him. At the time he was director of the Defense Intelligence Agency and, according to him, after he heard from his aunt, he went to former-President George H.W. Bush, who was then Director of Intelligence and head of CIA, and announced that Mao Zedong had died. He said President Bush looked at him in astonishment and asked how he knew. He knew because he paid attention to the every day (and had an aunt who liked to sit at cafes).

Here in Fairfax County, I knew that Jane Strong, former director of Fairfax County Public Schools’ (FCPS) Office of Special Education Procedural Support, Jean Massie, a former procedural support liaison were retiring, and that Adam Cahuantzi, former acting coordinator of due process and eligibility, were moving on, before news of the retirements and departure were publicly announced. How? I pay attention.

People say things, they take certain actions, and the next thing you know you have a piece of information that will impact your child, especially if you happened to have Jane, Jean, or Adam involved. We’re still doing virtual IEP meetings, so pay attention to what’s behind the person speaking. Are all the pictures on their walls suddenly piled on a table behind them? A Happy Retirement case propped up on a table? Any other major changes to their setting? The clues are in front of you. Find them.

Examine What You’ve Been Provided

To err is human, but in this neck of the woods, to err is FCPS. In fact, I just sat in an IEP meeting at which I heard for what seems like the millionth time that people are humans and make errors, the unsaid messaging being that I should be understanding and patient. The difference is that there are dozens of them, so if each makes a mistake, the parent and/or student could be on the receiving end of multiple errors day after day after day. In their eyes, a staff member made a mistake. In the eyes of the parents and children, mistakes are as common as bees on honey. And yet . . .

More information has landed in my lap year after year due to errors and negligence.

For example, in 2018 I emailed FCPS’s board members, as well as a number of others, about problems with special education programs in Virginia.

School board member Karen Keys-Gamarra inadvertently responded to me, instead of her intended recipient Frances. In her email to Frances, which she actually sent to me, she stated,

“Can you take a look at this and consider whether we need to have a larger discussion regarding our special education implementation. I am hearing these kind of complaints fairly consistently.”

That was three years ago and FCPS is just now one year into a two-year audit of its special education program. The audit isn’t even comprehensive or representative of a larger sampling of students, yet it has already identified horrendous problems with FCPS’s special education system.

Yet . . . Karen Keys-Gamarra knew about this three years ago. I know she knew because 1) she erred and sent me and email and 2) I met her in person. For our meeting, she was late for the meeting and it was clear she wanted to rush me out the door. The next time I saw her, she was standing outside the school where I vote, for that November’s election. Crickets until October 1, 2021, which was just after FCPS took legal action against me and Debra Tisler, and then she popped up as a follower in the Twitter feed for this site. Me? Rather than her spending time on Twitter, I’d prefer her taking action to stop what continues to happen to children in FCPS’s special education program.

Click on the image below to view it at a larger size.