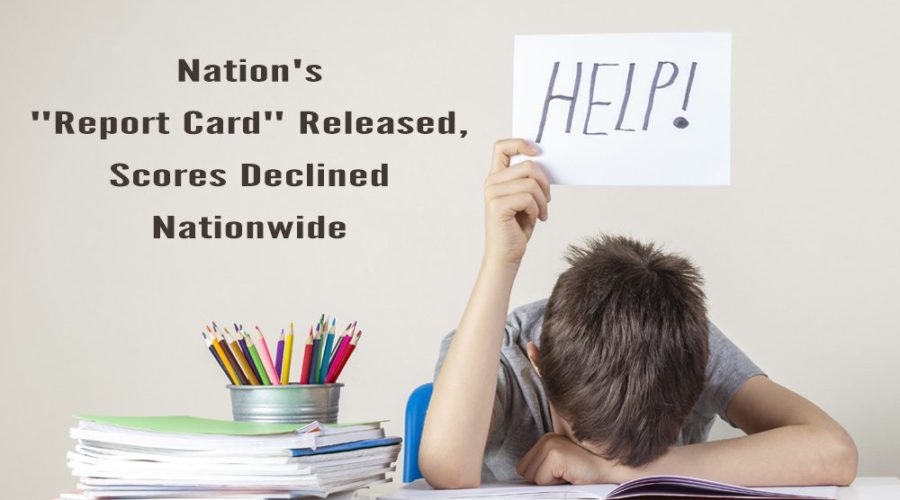 Reading and math scores plummeted nationwide between 2019 and 2022, according to the “Nation’s Report Card”, released today by the United States Department of Education’s (USDOE) National Center for Education Statistics (NCES).

The national average score declines in mathematics for fourth- and eighth-graders were the largest ever recorded in that subject.

In math, there were no improvements in any state or large urban district since the assessment was last given in 2019.

“The results show the profound toll on student learning during the pandemic, as the size and scope of the declines are the largest ever in mathematics,” said NCES Commissioner Peggy G. Carr. “The results also underscore the importance of instruction and the role of schools in both students’ academic growth and their overall wellbeing. It’s clear we all need to come together—policymakers and community leaders at every level—as partners in helping our educators, children, and families succeed.”

Since 1969, the National Assessment of Educational Progress, also known as The Nation’s Report Card, has been the largest nationally representative and continuing assessment of what students in public and private schools in the United States know and are able to do in various subjects. In 2022, NCES administered the NAEP mathematics and reading assessments to fourth- and eighth-graders in public and private schools in all 50 states, the District of Columbia, the U.S. Department of Defense Education Activity schools, Puerto Rico (mathematics only), and in 26 urban districts. The assessments were administered between January and March of 2022. Results for states and districts are for public schools only. Approximately 224,400 fourth-graders from approximately 5,780 schools and 222,200 eighth-graders from approximately 5,190 schools participated in the 2022 mathematics and reading assessments. Representative samples of schools and students are drawn from each state, district, Puerto Rico, the District of Columbia, and the U.S. Department of Defense Education Activity schools.