The Best Teachers Lead with Aloha 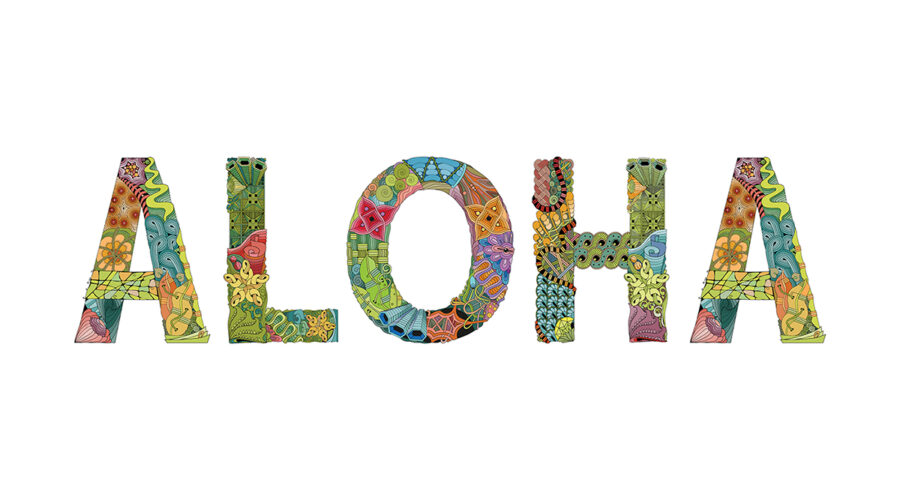 The Best Teachers Lead with Aloha

The first article I wrote for Mrs. Henry’s class newspaper was about how much I hated school.

I don’t remember writing the article, but I do remember the hatred.

Dad had just been posted at Fort Bragg, and I had just emerged from two years at St. James Catholic School in Savannah, GA, including a year with a first grade teacher who had more toxic comments in her arsenal than a picnic has ants.

Then came Mrs. Henry. She planted the love of writing and reading, in what was once a black hole.

Her newspapers started on carbon copy paper, with three even columns down the page. She encouraged each student to submit something, and gave us the choice of format—article, poem, cartoon, song, you name it. She let us play to our strengths, let us choose our method of expressing ourselves.

I look back now, through the eyes of a parent and as the mother of a son with Dyslexia, and know she just wanted us putting something on paper. That was what mattered most. She encouraged us to go inside our heads and pull out whatever was clanging about and share it. She started with our strengths.

I remember loving it, of wanting to fill all three columns. I don’t remember hating it. Decades later, a former neighbor cleaned out her storage bins and found some of Mrs. Henry’s newspapers and gave them to Dad. She had been a substitute teacher and her son had been in my class.

Dad called and laughed, telling me about the article. I had no memory of it, though I well remembered loving to sit with that carbon paper and being proud to have perfected the art of using a straight-edge blade (yes, in second grade) to scratch out a mistake and then use another piece of carbon paper to write over it.

Mrs. Henry didn’t erase the pain of the earlier years, but she changed my life by gifting me confidence—and a piece of her has lived with me every day since we met.

In the years that followed second grade, I encountered a mixed bag of teachers, so I knew Mrs. Henry was rare—and then I witnessed how rare through the experiences of my own children.

My son’s first grade teacher told me he was like those kids we all knew in high school, who had the potential, but who dropped out because he didn’t want to do the work. Whenever it was time to read or write, my son went to the bathroom, had to get something out of his bookbag, walked around the class . . . Yet, when it was time for math, he was all over it. Where I suspected Dyslexia, the teacher suspected laziness—and my son picked up on her opinion, and I saw the pain that I knew so well from from first grade myself.

Last week, I watched Education Week’s “A Seat at the Table”, moderated by Peter DeWitt.

One of his guests was Jan Iwase, retired educator and author of “Leading with Aloha: From the Pineapple Fields to the Principal’s Office“.

I was struck and inspired by Jan’s comments about “leading with Aloha”:

“I truly believe that every kid is special and how we teach them really has to be different and really based on what they need, and, in one of my chapters I talk about looking at strengths of children rather than their deficits, and I think so often we look at kids and see what they can’t do and try to figure out how to help them in that area.

But, if we look at what they can do successfully, what they’re interested in, what they are passionate about and then go about teaching them the skills they need so they can be the best leader they can be, I believe that we could be more successful as a school. So, equity to me is very important.

And, working at a military-impacted school, 98% of kids were there for maybe two or three year, you know, leading with Aloha was so important with us because we wanted them to understand what was special about our place—and leading with love and compassion, empathy and respect, to me that was so important to them, and we wanted them to feel that Aloha so when they moved so somewhere else, they could be ambassadors of Aloha and really help their fellow students in their new communities to be better people.”

(a) “Aloha Spirit” is the coordination of mind and heart within each person. It brings each person to the self. Each person must think and emote good feelings to others. In the contemplation and presence of the life force, “Aloha”, the following unuhi laula loa may be used:

“Akahai”, meaning kindness to be expressed with tenderness;

“Lokahi”, meaning unity, to be expressed with harmony;

“Oluolu”, meaning agreeable, to be expressed with pleasantness;

“Haahaa”, meaning humility, to be expressed with modesty;

“Ahonui”, meaning patience, to be expressed with perseverance.

These are traits of character that express the charm, warmth and sincerity of Hawaii’s people. It was the working philosophy of native Hawaiians and was presented as a gift to the people of Hawaii. “Aloha” is more than a word of greeting or farewell or a salutation. “Aloha” means mutual regard and affection and extends warmth in caring with no obligation in return. “Aloha” is the essence of relationships in which each person is important to every other person for collective existence. “Aloha” means to hear what is not said, to see what cannot be seen and to know the unknowable.

(b) In exercising their power on behalf of the people and in fulfillment of their responsibilities, obligations and service to the people, the legislature, governor, lieutenant governor, executive officers of each department, the chief justice, associate justices, and judges of the appellate, circuit, and district courts may contemplate and reside with the life force and give consideration to the “Aloha Spirit”.”

I encourage all educators to do the same—for all children, not just those with IEPs or 504s.

You have the choice to be the spark or the extinguisher, the springboard or the anchor.