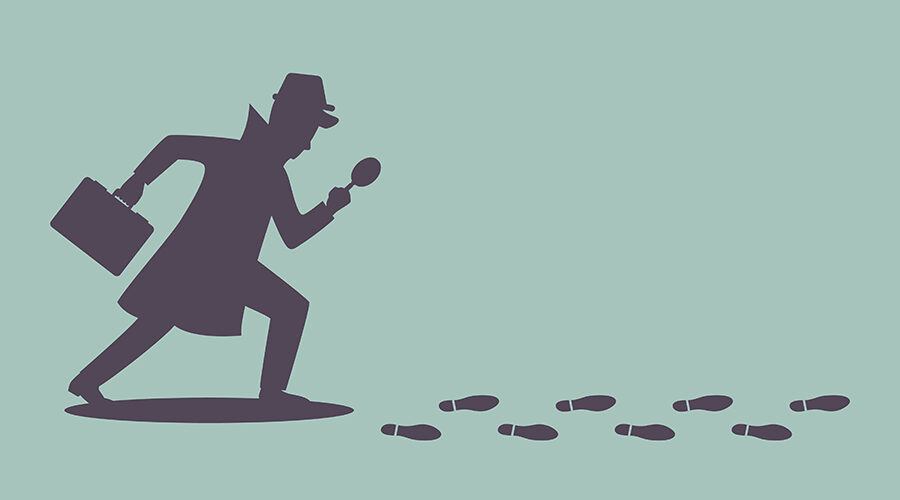 The Virginia Department of Education (VDOE) Mail and I tangled for the first time back in 2017.

It was summer, the temperature was skyrocketing, and air conditioners were chugging along like The Little Engine That Could, just trying to make their way through each day. Even the mosquitoes went into hiding.

I was waiting on a response to a state complaint.

Fourteen slow, swampy days had passed since I’d submitted a complaint, and I began to worry.

June 28th, 2017, I emailed Sabrina Gross, a compliance specialist for VDOE, hoping she could clue me in on the whereabouts of VDOE’s response.

Wouldn’t you know it, that very same day, Sabrina said VDOE had mailed a Notice of Complaint to my home on June 19th.

Now, June 19th is my birthday, so I tend to remember things happening around that date, though I have reached an age at which I have to think about how old I am when someone asks. No more of that automatic precision answering of youth, all the way down to the day. No more, “I’m six years, three months, and two days old” or “One month from eight”. These days, I know I’m closer to 50 than 40 and that’s enough to get me a drink, a vote, and a rented car, so no need for the precise stuff.

I was sitting at home trying not to sweat, waiting for a response to the complaint, when Sabrina said she’d sent it.

Now I’m not PigPen, but I’m not Mr. Clean either, so I went through the pile of junk mails and magazines piling up on the kitchen counter. Not there. Maybe with the bills? Nope. Not there either.

I decided to let Sabrina know what was what.

She said, ” I am not sure why you did not receive a copy of the Notice of Complaint,” and that she’d send another.

Well . . . Okay then. Richmond is just a ways down the road, so I decided I’d wait another day.

I thought we were all set, so I dug in to wait a little longer for the LEA’s Response.

Well, when July 5, 2017, finally rolled around and I’d not heard even a peep from the LEA, I went a knockin’ again.

Sabrina cleared things up, “Given that there was a problem with the mail, I extended the school’s response to July 17, 2017.”

Now, Sabrina hadn’t shared that slice of information previously, so it was a bit of a shock, but given it was summer and shock would make me hotter, I let it rest.

Not quite a week later, July 11, 2017, Dawn Schaefer, FCPS’ Due Process and Eligibility Coordinator, and I had reason to email, and she mentioned, “FCPS did not receive the Notice of Complaint when it was initially sent. Once Ms. Gross was aware that neither party had received the Notice of Complaint, she sent it out with adjusted timelines.”

This is when things took a turn.

And yet . . . Dawn’s email stated that Sabrina sent a Notice of Complaint with adjusted timelines.

Sabrina explained that there “was an issue with the mail for those two weeks.”

I didn’t have any issues with the mail during those previous two weeks and I asked around a bit, and everyone told me they hadn’t had problems either.

So, that set me to wondering how mail just stops working.

Yes, Sabrina said it “was an issue”, but if mail that was supposedly sent wasn’t received, wouldn’t that mean it was broken? And, for Sabrina to state that it had been going on for two weeks, surely she knew something else was at play. But what?

There was something else afoot. Sabrina emailed, like Dawn, that the “timelines were extended on the Notice of Complaint, this was noted on the adjusted complaint forms.”

That same day, July 12, 2017, I asked Sabrina what she was talking about, and emailed her the front page of the Notice of Complaint she sent me. No adjusted dates on it. Same, original dates. July 5, 2017, was listed as the LEA Response deadline.

I emailed Dawn, said I was submitting a FERPA request and asked for the Notice of Complaint she received.

Sabrina beat Dawn to it and provided me a Notice of Complaint with a July 17, 2017, LEA Response deadline upon it.

So, if the mail was broken for two weeks and my Notice of Complaint was sent June 28th, the same day the LEA was sent its, how did we end up with different LEA Response due dates?

I went to Sabrina again, hoping she might have more answers.

On that odd day of the year, when lucky seven pairs with bad luck 13, Sabrina emailed me, “I assure you from here on out that you will receive all documents simultaneously.  The differences in the letter was an oversight.”

Except that wasn’t the end.

And, when I spoke with other parents, I learned they’d experienced broken mail, too.

I have asked VDOE.

I have searched for answers.

I have asked all who have come my way for help answer this mystery of VDOE, its mail, and its Notices of Complaint.

And yet, no answer has been provided.

So, I keep bringing it to VDOE’s attention, asking “Remember that time when Sabrina Gross provided the LEA with a Notice of Complaint that had a later due date on it than the one she provided me?

And, still no answers.

As summer turns toward fall, I know my questions to VDOE will continue. All I can hope, is that one day the mystery will be solved.

If you have Sherlock Holmes skills (or even just the Inspector Gadget variety) and would like to dive into this mystery and solve it, please let me know.

Until then . . . The Mystery of VDOE’s Broken Mail Continues.