U.S. Dept. of Ed. Finds Arkansas and Michigan in Noncompliance with IDEA 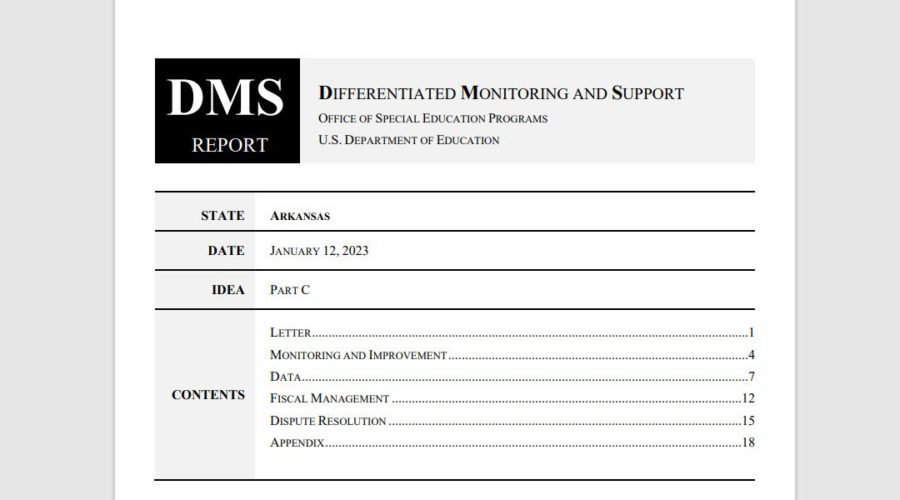 U.S. Dept. of Ed. Finds Arkansas and Michigan in Noncompliance with IDEA

United States Department of Education (USDOE) Office of Special Education Programs (OSEP) has found the states of Arkansas and Michigan in noncompliance with Individuals with Disabilities Education Act (IDEA).

January 12, 2023, OSEP issued differentiated monitoring support (DMS) reports for both states. In addition to including findings of noncompliance, the reports include required actions and timelines by which those actions must occur.

In the case of Arkansas, OSEP found the following:

In the case of Michigan, OSEP found the following:

For more specifics about the reports and deadlines, you can access the full documents here: DMS Arkansas and DMS Michigan.

Be Wary of Timelines

Unfortunately, guidance and timelines set by OSEP haven’t proven to be enough for compliance to occur. If you explore the DMS page on USDOE’s site, you’ll find letters OSEP issued to other states, after the states failed implementation guidelines and timelines.

In the case of Texas, the letters continued for three years, at which point OSEP pulled funding to the state.

In the case of Virginia, OSEP issued subsequent letters, but for an unknown reason didn’t post the letters to its site (some have been obtained via FOIA requests). Virginia is heading into the three-year anniversary of its 2020 DMS report being issued. Given agencies like USDOE have a history of going back and forth with state and local education agencies before releasing findings to the public, and given Virginia’s timeline is tracking the Texas timeline, it is conceivable that Virginia will face pulled funding if its noncompliance continues. Hopefully, Arkansas and Michigan won’t follow in its footsteps.