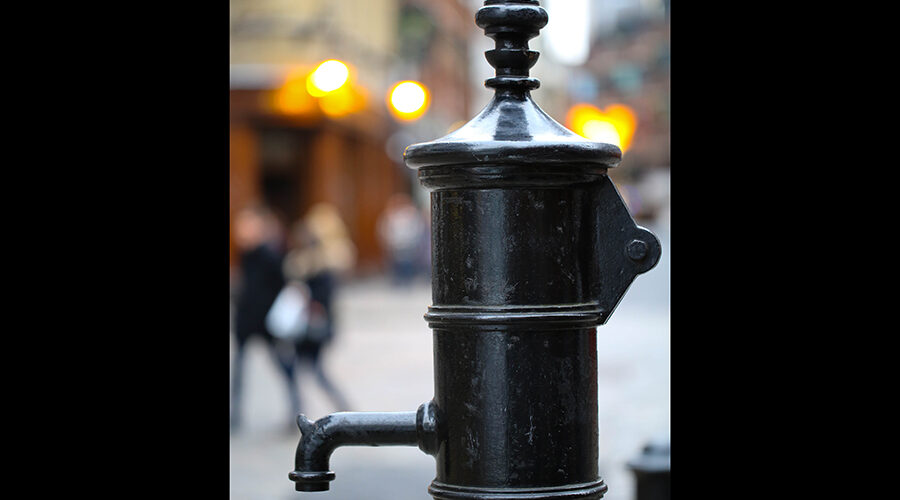 So often, the answer is right in front of us—sometimes in our very hands—but we lack the imagination to look beyond the obvious.

With a little imagination, so much can be achieved with a low-cost, high-touch approach.

Do You Know Dr. John Snow?

In 1854, a London cholera outbreak erupted, killing over 600 people in just over a week.

It had to be stopped.

But how? (And what does this have to do with special education?)

A leading theory of the day linked miasma to cholera. It was believed that air particles spread the disease.

He removed the handle on the Broad St. community water pump, based on a hypothesis that contaminated water caused the outbreaks.

History proved him right, but he was ridiculed for years.

He saw what was right in front of him. For example, the men working at the brewery near the pump didn’t contract cholera at the same rate. Why? They didn’t drink water. They drank beer—and the fermenting process addressed contamination in the water used for the beer.

Addressing the needs of students receiving special education doesn’t have to be high-cost or high-tech.

It has to be high touch, imaginative, and early.

Had the water been identified early, outbreaks would have been eliminated.

With children, we can’t eliminate their struggles, but by identifying them early, we can prevent compounding issues.

It is giving children the appropriate support and resources they need, the respect they deserve, and the positive reinforcement on which they will thrive.

It is approaching them with kindness instead of suspicion.

For a principal walking down a hallway during class, it is that principal saying hello to a student he comes across. It is smiling and asking how the student is doing and then what he’s up to.

It is innocent until proven guilty.

Clayton Christensen is known for coining the term “disruptive innovation”, which describes a process by which a product or service takes root initially in simple applications at the bottom of a market and then relentlessly moves up market, eventually displacing established competitors.”

If school divisions opened the door to disruption, they’d have success on their hands.

Imagine if all teachers had access to the resources they need and the opportunity to be creative—if the top-down approach wasn’t forced upon them.

What if they identified a trend, tested it out, and grew a new way of helping children learn to read?

What if every child was given the same opportunity, rather than providing more opportunities for those who test as “gifted” at an early age?

Some kids might struggle, but the additional opportunities might be just what is needed to pull brilliance from within.

With special education, too often school divisions make the process difficult and unimaginative.

It is easier for them to bulk purchase one or two programs to address children with reading struggles, rather than outfitting the entire school division with enough expertly trained teachers who know just how to help these children.

Students don’t need fancy programs and expensive equipment. They need educators who have the full training to help them and a love for helping children.

In turn, teachers need support. They need more help in the classroom, especially at the early ages, with identifying children with special needs.

These aren’t high-cost or high-tech approaches.

They are the equivalent of removing the Broad St. pump handle.

They guarantee disruption, which will help student, teachers, and parents.

Who wouldn’t want that?